Dahlias and Sweet Peas sparked Keith's interest in horticulture while he was a teenager. For over twenty years he bred exhibition type Dahlias, some of which won prizes at shows and awards in trial gardens around the world. A visit to Mexico in 1989 to see Dahlia species growing in the wild where they had evolved over millions of years proved to be an epiphany. The grace of their single blooms and the diversity of foliage changed the direction of Keith's breeding. 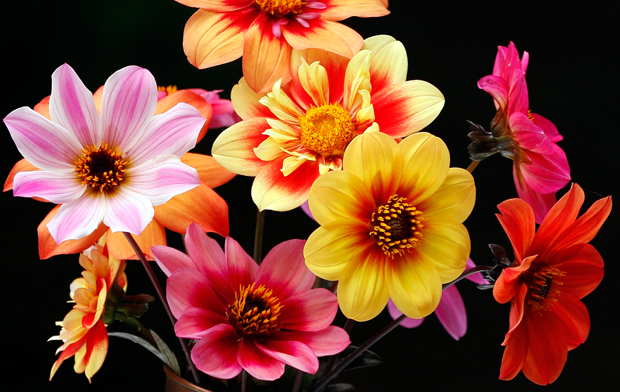 With Collerette Dahlias Keith has pioneered types where the collar surrounding the central disc is darker than the ray florets (petals). In addition he has produced cultivars with dark discs and dark foliage.

Most significant has been the development of the Mystic series. Individual cultivars have elegant, finely divided dark, sometimes almost black leaves with single blooms with dark central discs.

We are not a production nursery. Many cultivars bred by Keith over the years are available in New Zealand through a variety of outlets, both in the form of tubers and green plants. 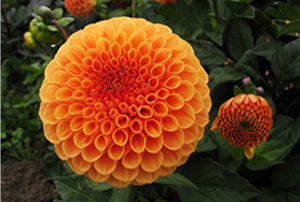 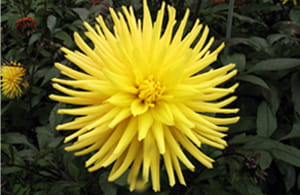 From time to time Keith will offer tubers from his breeding programme. Only a small number of plants from any cross end up with cultivar names and are disseminated. This means that many plants that while high quality, are not selected simply because they are not sufficiently distinct from cultivars already on the market. 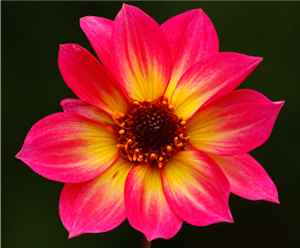 The original wild Sweet Pea has relatively small flowers. These consist of five petals. A big one at the back is called the "Standard" as in a flag. The two on each side are called "Wing" petals, while the remaining two are fused together to form a "Keel". This demurely covers the sexual bits, made up of an ovary, style and stigma, the female bit, while ten separate anthers constitute the male bit.

Over millions of years of evolution, the ovary, style and stigma became strongly curved and the keel petals clamped the anthers in tight contact with the stigma, thus ensuring maximum self-pollination and seed set. All Sweet Peas bred before 1901 had this flower form.

As with tubers, Keith sometimes produces more seed than is needed and this is stored in a deep freeze. After a population from a cross has been grown out and seen to produce good quality plants, Keith may from time to time offer this for sale. The motivation being to offer a glimpse of the excitement and anticipation that is the essence of plant breeding to anyone who might be contemplating giving it a go.

As a result of establishing a collection of Dahlia species and encouraging cooperative research with staff and students at the University of Auckland, a series of Tree Dahlias has been created. These offer a colour range and solid stems not seen in D. imperialis the best-known tree Dahlia. Some like 'Timothy Hammett' and 'Conundrum' will flower through much of the year in Northern New Zealand.

They are a difficult plant for nurseries and garden centres to handle. Tubers can be large and awkward shapes, while young plants grown from cuttings grow rapidly making them difficult to transport. They are a breeding breakthrough involving species not previously cultivated and are consequently of interest to some plants people. We will consider propagating young plants to order. 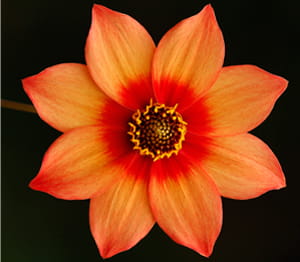 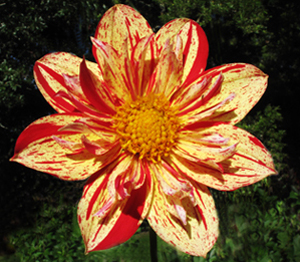