As with Sweet Peas and Dahlias, Keith, as a teenager, grew border carnations and pinks. Forty years ago he introduced a series of border carnations raised from top English seed, to New Zealand. Some of these are still grown by a few enthusiasts. Later he bred and introduced garden pinks, some of which have become industry standards like 'Double North', 'Class Act' and 'Regency'. 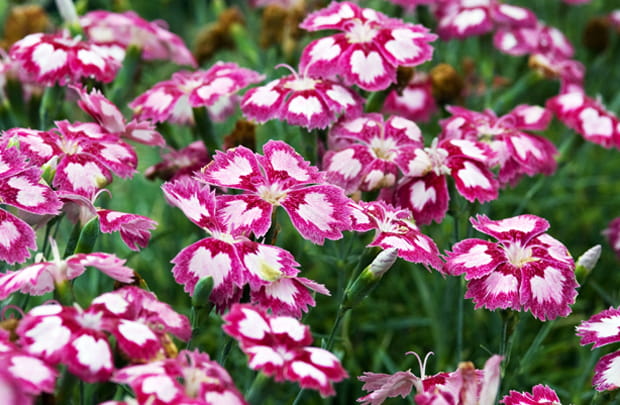 Later he bred and introduced garden pinks, some of which have become industry standards like 'Double North', 'Class Act' and 'Regency'. 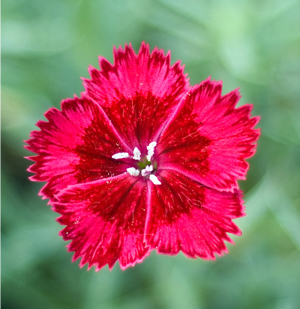 More recently Annton Nursery in Cambridge introduced the "Scent from Heaven" series. These were bred from laced pink types dating back many centuries. Keith has, with all his plants, aimed to produce lasting value for gardeners. With Dianthus he insists that no selections are made until the plants have been grown through either two summers and a winter or two winters and a summer. This ensures that the plants have grey foliage and a tight compact habit that does not open out as the plants age. Keith refers to these as "Grey Hedgehogs". Repeat flowering is also an important criterion.

We do not offer Dianthus plants direct from this website. They are offered through garden centres throughout New Zealand. 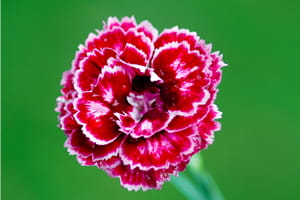 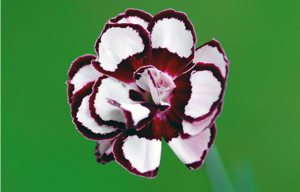